SYDNEY (21. 3. 2006) The Internet industry in Australia has rejected a plan announced Tuesday by the Labor opposition to block...

SYDNEY (21. 3. 2006) The Internet industry in Australia has rejected a plan
announced Tuesday by the Labor opposition to block violent and pornographic Web
sites. Opposition Leader Kim Beazley announced the plan under which Internet
service providers (ISPs) would be responsible for blocking violent and
pornographic material before it reached home computers. The policy includes the
banning of international Web sites by the Australian Communications and Media
Authority (ACMA). The policy aims to protect the two-thirds of Australian
households where no Internet filters are in place. Beazley said the current
system, which required ISPs to offer all subscribers cheap or free filter
software for their own computers, was not working. Internet Industry
Association executive director Peter Coroneos said the current system in
Australia, which involves three enforceable codes of practice, was world-class.
Coroneos said the current model is far more effective than the Labor plan. He
said the key is in educating parents and teachers about the use of filter
systems.
The ACMA is currently auditing the top 25 ISPs, which cover about 95 percent of
Internet users in Australia, for compliance with the codes of practice. Any
ISPs found in breach of the codes could face fines of up to A$27,500
(US$19,800) a day. Communications Minister Helen Coonan said PC-based Internet
filters, which ISPs offer to subscribers at a cheap price, are being used by
one in three families using the Internet. Coonan said a recent study by
Internet safety body NetAlert found the kind of filtering proposed by Labor
could slow connection speeds by up to 78 per cent.

TOKYO (27. 3. 2006) Last summer, I had an interesting lunch in Tokyos Yoyogi
with Realeyes3D, a French mobile application technology company. The guys were
trying to get their business moving in Japan and wanted to share their
experiences in the market to date.
Realeyes3D focuses on handwritten messaging using embedded mobile imaging in
camera phones. The handwritten messaging applications enable users to send
messages that they create in their own handwriting, using a standard pen and
any type of paper.
This allows mobile users to exchange not only a few lines of simple text, but
diagrams, maps and highly personalized messages, photos or images that can
convey emotions, moods and feelings. I tried the application and it worked
remarkably well, even under poor lighting conditions and without the need for
any particularly careful photography techniques.
Recently, Realeyes3D contacted me again with some cool news. Sanyo was about to
use its technology in aus W41SA handset. The postcard application allows users
to print handwritten messages on photos and send these to friends.
NTT DoCoMo has also been evaluating Realeyes3D technology through extensive
trials that were announced last year November. No news since then. Not a
surprise, as working with the DoCoMo testing team even makes Nokia frustrated.
The postcard application could be a catalyst to drive photo messaging. Most
camera phones are mostly used for simple snapshots, not for photo messaging.
For a real break though, the technology has to be embedded in a wider variety
of handsets. In the meantime, Shibuya gals with the Sanyo W41SA will surely be
the first to adopt this fun tool to replace their purikura photo albums.


Shark Tank: Lets go over this again...
By Sharky
Computerworld (US online)
FRAMINGHAM (21. 3. 2006) This company decides to implement a security policy
that prevents users from clearing their Internet browsing history. "Weve had
too many laptops come in with spyware, and we wanted to track where theyve
been," explains a pilot fish working there. A week after the new policy goes
into effect, fish gets a call one of the companys salesmen. His laptop must be
broken, he tells fish, because no matter what he does, hes unable to clear his
Web browsers history.
Fish explains that theres nothing wrong, its just a new policy thats been
put in place. "Oh," says sales guy. "Well, can you turn it off so I can clear
my history?" Fish points out that if he turns it off for one person, he has to
turn it off for everyone. "OK then, just let me clear it, then you can turn it
back on," sales guy says. Fish patiently explains the policy again, along with
why its in place. The point, he says, is that no one can clear his Web
browsers history. "But I need to clear it," says sales guy. "I dont want my
wife knowing that I went to some porn sites." Mutters baffled fish, "Did he
just admit to the IT department that he uses his work computer for surfing
porn? And why is his wife using his work computer? Some people just never
learn." 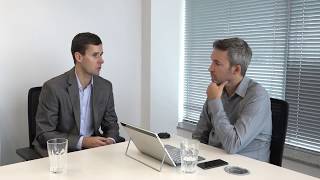