Processors for emerging markets John Ribeiro, IDG News Service Microprocessors from Via Technologies Inc. have not been a big ...

Processors for emerging markets
John Ribeiro, IDG News Service
Microprocessors from Via Technologies Inc. have not been a big hit in the PC
market, but emerging economies provide opportunities for the Taiwanese company
to sell its chips in new types of computing and communications devices, company
executives say.
Vias strategy is to design new types of computing platforms for emerging
markets, Wenchi Chen, Vias chief executive officer and president, told IDG
News Service Monday. They may include devices that can withstand heat, dust and
intermittent power supplies.
Via got into the x86 microprocessor business in 1999 after it purchased the
Cyrix PC processor division of National Semiconductor Corp. and the Centaur
microprocessor subsidiary of Integrated Device Technology Inc. But the company
does not have many big design wins from the top PC makers.
Via will still have to do battle with Intel Corp. and Advanced Micro Devices
Inc. (AMD), who are also eyeing emerging markets for their products. Intel has
said it plans to launch its Community PC a rugged PC that runs on a car battery
in India later this year.
Via will differentiate itself by offering components that consume less power,
Brown said. In addition, Intel and AMD "are also going to be very careful in
whether or not they cannibalize existing markets," he added.
About a billion people worldwide have access to computers and the Internet,
according to Brown. Vias goal is to design devices for the next billion, who
are less likely to own their computer and more likely to use it as a community
service, he said.
Via introduced a reference design for the Via pc-1 PHD Appliance, where PHD
stands for "power, heat and dust". Built around a specially designed C3
processor from Via, the device will not require a fan and can run on a car
battery, Brown said.

First computer virus turns 20
IT World Canada Staff, ITWorldCanada.com
Two decades ago, Brain, the first boot sector virus that infected personal
computers via the floppy disk, was detected. While Brain itself was relatively
harmless, it marked the genesis of the world of computer viruses. This year
marks the 20th year of the existence of viruses after Brain was detected on
January 19, 1986. Boot sector viruses, now long extinct along with the floppy
disk, held a relatively long reign from 1986 to 1995. Since transmission was
via disk from computer to computer, infection would only reach a significant
level months or even years after its release. This changed in 1995 with the
development of macro viruses, which exploited vulnerabilities in the early
Windows operating systems. For four years, macro viruses reigned over the IT
world and propagation times shrank to around a month from the moment the virus
was found to when it became a global problem. As e-mail became widespread,
e-mail worms became the next menace, and some worms reached global epidemic
levels in just one day. Most notable in this connection was one of the very
first e-mail worms, Loveletter aka I Love You, which caused widespread havoc
and financial loss in 1999 before it was brought under control. In 2001, the
transmission time window shrank from one day to one hour with the introduction
of network worms (such as Blaster and Sasser), which automatically and
indiscriminately infected every online computer without adequate protection. At
present there are more than 150,000 viruses and the number continues to grow
rapidly. The biggest change over these 20 years has not been in the types of
viruses or amount of malware; rather, it is in the motives of virus writers.
"Certainly the most significant change has been the evolution of virus writing
hobbyists into criminally operated gangs bent on financial gain," said Mikko
Hypponen, chief research officer of F-Secure Corp., a security applications
vendor based in Helsinki, Finland. According to Hypponen, indications are that
malware authors will target laptop WLANs next for automatic spreading worms.
"Whatever the next step is, it will be interesting to see what kind of viruses
we will be talking about in another 20 years time computer viruses infecting
houses, perhaps?"

LCD TV shipments beat CRT in Japan
Martyn Williams, IDG News Service Shipments of LCD (Liquid Crystal Display)
televisions overtook those of CRT (cathode ray tube) sets in Japan in 2005 for
the first time, an industry organization said Thursday.
LCD TVs are rapidly gaining popularity for their thin profile, and falling
prices seen throughout 2005 served to increase sales as the sets came into the
spending range of more people. The widespread availability of digital
terrestrial television, which brings a clearer picture and HD for many
programs, also helped increase shipments.
For the full year, domestic shipments of LCD TVs were 4.2 million [m] sets
against 4 million [m] for CRT sets, said the Japan Electronics and Information
Technology Industries Association (JEITA). Domestic shipments of PDP based TV
totalled 468,000, according to JEITA.
The figures work out to a 58 percent rise in LCD TV shipments, a 38 percent
jump in PDP shipments, and a 43 percent drop in CRT.
Hisakazu Torii, an analyst at DisplaySearch in Tokyo, expects LCD TV sets will
account for 64 percent of domestic shipments this year, PDP sets will be at 6
percent and CRT sets 29 percent. By 2009, DisplaySearch expects 92 percent of
all sets shipped in Japan to be flat-panel display models. 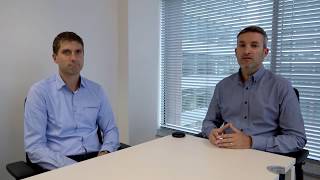