Its showtime for Gen2 RFID - CIO Canada staff, CIO Canada
Intermec Technologies, IBM, the METRO Group, Procter & Gamble, and DHL created
scenarios focussed on key stages in the retail supply chain from factory to
consumer. Featured in the demonstrations were fork-lift, portal and handheld
systems that included a range of EPC Gen2-compliant RFID devices, including the
Intermec IF5 intelligent reader, IP4 handheld reader, IV7 fork-lift reader and
RFID-enabled PM4i label printer.
"This demonstration represents a milestone in the application of Gen2 RFID
technology in real-world scenarios," said Intermec President Steve Winter. "It
shows how RFID will help to transform supply chains and proves that properly
designed products are already being deployed to meet EPC Gen2 standards."
Added Dr. Gerd Wolfram, managing director of METRO Group, "Verifying the
business advantages of RFID has vividly illustrated how retailers can increase
system-wide efficiency and inventory accuracy while at the same time increasing
profits."
Whats in this years crystal ball
IT World Canada staff , CIO Canada
We may not be able to tell you who will win this years Stanley Cup, but we
feel were on firmer ground in predicting the IT future for 2006. Here are some
important IT trends for the coming year, as divined by the editors and staff of
IT World Canada.
Outsourcing eyes smaller target
The practice of handing off a range of IT infrastructure and IT-enabled
processes to third-party service companies is poised to move significantly down
market to smaller business customers. This is the new frontier for outsourced
IT services in 2006.
However, that service delivery will need to come through a range of new and
unique types of service offerings and approaches. Expect traditional IT service
providers, communication service companies and potentially a new breed of IT
utility service provider to push hard on a concept thats been much discussed
but marginally executed.
Less IT-business friction
IT and business will work far more collaboratively. Real-time analytics is one
area that demonstrates the opportunities inherent in IT-business alignment, and
the dangers when that alliance is absent. This is clearly a space where
business and IT must work together, and where the CIO and CEO must join forces.
The stats indicate that folks on both sides of the divide are getting this
message loud and clear. Last year, 75 per cent of CIOs surveyed by CIO Connect
said they were the source of new ideas for business products. Likewise,
two-thirds of business managers asserted that their knowledge of IT was
improving.
Smarter tools for mobile workers
Technology that can transform the handheld into a virtual mobile workspace will
be the direction for enterprise mobility in 2006.
Field service agents are plagued with forms and reports to be submitted to head
office for invoicing and database updating. The handheld devices of 2006 will
enable mobile workers to accomplish all these tasks wirelessly.
Late last year, Rogers and HP announced mForms, an iPaq-based mobile tool that
transforms paperwork into electronic forms. Expect more telecom companies to
partner with vendors such as RIM and Palm.
Faster data on the fly
The wireless market with two emerging high-speed technologies set to take off
in 2006 holds promises of innovation and invention over the next 12 months.
The new Bell, Telus and Rogers 3G cellular networks, offering peak speeds of
2.4Mbps, will give mobile workers broadband access to more data on the go, as
well as videoconferencing over cell phones and other handheld devices.
Eventually equipment providers will offer devices that can roam between Wi-Fi,
Wi-Max and 3G networks, giving business users wireless services in almost any
given geographic area.
Olympian security
Susannah Patton, CIO US
Champions on the snow and ice arent the only ones who have been training
intensely for the Olympic Winter Games in Torino, Italy, which begin Feb. 11. A
team of 1,200 IT professionals has also been going through rigorous training
exercises to make sure that viruses and hacker attacks wont threaten systems
that control everything from access to the games to the electronic scoreboards
that monitor the events.
Security is a perennial issue at the Olympics. This year, the challenge "will
be overseeing infrastructure at locations that are spread out" between the town
of Torino and the mountains, says Kathy McNeill, managing director of IT for
the United States Olympic Committee (USOC).
Luckily, Olympic IT professionals in Italy have had experience with the kind of
security issues they will face in Torino. Atos Origin, an IT services company,
has overseen IT for the Olympics since 2002. During the 16 days of competition
in Athens, more than 5 million IT security alerts were recorded, although only
425 were considered serious and 20 critical. (Many of these serious alerts
included accredited people such as athletes, Olympic staff and journalists
trying to disconnect the Olympic Games intranet so they could connect personal
laptops to the Internet.)
According to Yan Noblot, IT security manager at Atos Origin, the top IT risks
at this years games include the potential for denial-of-service attacks and
any kind of assault on the integrity of the data sent to the public.
One security measure that Atos Origin has put in place is an identity
management system for athletes, journalists and Olympic staff. To guard the
systems against intruders, the company has created hundreds of virtual LANs, so
that internal systems are segmented from each other, thus making it harder for
the bad guys to gain access and take systems down. 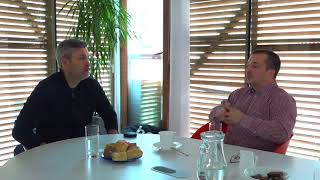