Next wave is here
Abbie Lundberg

CIO (US) Issue #6 (15 March 2006)
FRAMINGHAM (17. 3. 2006) Business leaders expectations of IT are growing. Back
in 2002 and 2003, CIOs were primarily expected to control and cut costs. In
2004 CEOs at a few leading-edge companies began asking their CIOs to help grow
the top line through new IT-driven business innovations. Now, in a 2005 IDC
survey of CEOs and line-of-business managers, a full 40 percent felt they
needed to be more aggressive in their deployment of IT.
CEOs expect IT to be much more dynamic than its been in the past so that the
business can make faster operational changes. The next-generation enterprise is
being built on a fluid and flexible service-oriented architecture (SOA), with a
mixed insourced/outsourced, onshore/offshore staffing model. Its employing new
technologies to enable speed and agility with greater degrees of intelligence
and automation. This new technology environment is still evolving, and there
are many questions yet to be answered: Whats the best governance model? How
will standards be developed?
SOA puts technology into business terms so businesspeople can develop, reuse
and change services themselves. It enables quicker rollouts at lower cost,
providing faster time to market for new products and services, and thus creates
competitive advantage. While few companies have completed the transition to a
full SOA environment, theres tremendous momentum in that direction. According
to Gartner, by 2008, 80 percent of software development projects will be based
on SOA.
SOA empowers businesspeople to develop their own services, but it still
requires CIO leadership to manage that process. It both enables and demands
alignment. And it requires a different set of skills within IT.
Are you ready for the next wave?

IDG News Service (Boston Bureau)
BOSTON (20. 3. 2006) Microsoft Corp. Monday unveiled a global initiative to
crack down on cybercriminals who engage in phishing. The company will set in
motion more than 100 legal actions against phishers in Europe, the Middle East
and Africa (EMEA) by the end of June, according to a release.
Phishing attacks use spam to entice Internet users to visit what appear to be
legitimate e-commerce Web sites but are in fact phony sites controlled by
cybercriminals. Users are encouraged to enter personal data such as passwords
and bank account or credit card details, which the criminals can then exploit
to commit crimes.
Neil Holloway, president of Microsoft EMEA, introduced the companys Global
Phishing Enforcement Initiative (GPEI) at a technology debate in Brussels
hosted by the European Internet Services Providers Association (EuroISPA) and
cosponsored by Interpol.
The aim of GPEI is to better coordinate and expand on Microsofts previous
antiphishing moves. The vendor will work alongside law enforcement agencies,
different industry sectors and governments with the mission of improving
consumer education, upping the number of cybercriminal prosecutions and
identifying more ways to combat phishing by using technology.
Of the more than 100 planned legal actions against phishers in EMEA, 53 are
already under way, including actions against alleged cybercriminals in
countries including Austria, Egypt, France, Morocco, Spain, Turkey and the
U.K., the release said.
Phishing attacks are growing, according to an online poll conducted by security
firm Sophos PLC in February. The survey of 600 business users determined that
22 percent of PC users receive at least five phishing e-mail messages every day.

Computerworld (US online)
FRAMINGHAM (14. 3. 2006) This pilot fish works in an office with 60 other
people and four printers. One of them is a combination copier/printer. And
sitting right next to it is a laser printer. And that makes no sense, fish
thinks especially since he and his group are a long way from the nearest
printer. Can one of the printers be moved over by us? he asks an IT tech.
Theres already a plotter nearby, so it should be easy. Sure, that would be a
great idea, IT tech says I just need my bosss OK before I can do that. Fish
e-mails the IT head honcho. No response. Tries again a week later. Still
nothing. But one day fish happens to spot the honcho in the break room, and
asks him about the printer. Honchos excuse? "Hes been really busy working on
an office space reshuffling," says fish. "He says that the printer situation
will be handled as part of that move." The move soon starts. Half the cubicles
in the office are disassembled, including the entire area where the doubled-up
printers are sitting. Theyre pulled out of service, and everyone gets a memo:
During construction, only two printers will be available. "I suggest to IT that
they put one of the printers by the plotter," fish says. "It can be available
now, and that can be its final home. I hear nothing but scornful silence. No
action is taken. The printer continues to sit on a table in a hallway,
completely disconnected. "I mention this to a manager, including the fact that
everything is right by the plotter and all we need is a network hub so it can
be fully connected. He agrees. "He talks to the IT tech and gets a hub, while I
physically move the printer. He gives me the hub, I do all the wire rearranging
and connecting, and the printer is online and good. "The IT people apparently
decide thats a good place for it, and leave it, putting it on the printer map.
"If only everything were so easy." 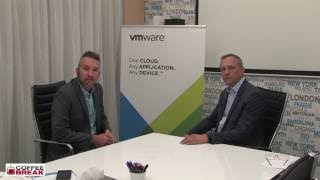