While encryption is a very important element, it is really only one piece of an overall storage security strategy. There are a...

While encryption is a very important element, it is really only one piece of an
overall storage security strategy. There are a number of fundamental security
considerations that are regularly applied to traditional networks and servers
but are often overlooked in Fibre Channel storage networks. Here is a brief
checklist of some of those basic items:
n Password good practices: Are default passwords to storage switches being used?
n Access controls: Are the role-based functions provided by switch vendors
implemented, or does everyone have administrative or root access?
n Secure management interfaces: Are the access consoles to storage arrays and
SAN devices on the public network, or can management elements of an array be
accessed in-band through any connection on the SAN?
n Audit trails: Can you tell specifically who made changes and when? Is this
history maintained?
n Review and harden all zoning: What type of zoning are you using? Can World
Wide Names be spoofed by someone with malicious intent?
Nothing listed here is new to the world of networking, but they are often
overlooked in storage networking. If you are trying to address security holes
in the storage infrastructure, basic networking best practices would be a good
place to start.
Google-YouTube partnership
By Ephraim Schwartz, InfoWorld (US online)
In the old days, one Internet business after another crashed because, as it
turned out, they had nothing of value to offer. For example, a company named
Ten Square tried to buy access to every gas pump in America to resell services,
such as discount coupons for Starbucks coffee. Venture capitalists invested
millions. They believed that the Web business, no matter what the idea, would
eventually disintermediate the brick and mortar versions of these services and
so they were in a race for the No. 1 market share position.
But market share doesnt pay the bills. Eventually, when it became clear that
no one was interested in reading the gas pump for a 10 cent coffee coupon and
the companies had squandered all the investment dollars, things began to hit
the fan. It came to a head in April 2000, when a lot of these companies
disappeared, all at once. But now there appears to be a difference.
What Google is doing by paying $1.65 billion for a not-yet-profitable startup
is declaring that if you do have market share meaning millions of visitors that
alone can turn into huge revenues, thanks to Internet advertising. Perhaps
Internet advertising just wasnt ready for prime time in the 1990s. But
whatever the reason, Google bought YouTube because it owns almost 46 percent of
all visits to video Web sites.
YouTube gets something like 100 million page views per day. Does it matter that
99 percent of them are a waste of time? That these homemade videos have no
redeeming quality? Not in the slightest. To whom should it matter?
Google and its competitors are fighting for market share because, now, market
share in and of itself means success. From now on, "the next big thing" will
not mean great technology; it will mean whichever online entity can come up
with the most "viewers."
If that means the content is at the bottom of the intelligence barrel, you
wont hear investors complaining and you will see a lot of copycats. But what
you wont see are inventive twenty-somethings putting their skills toward
coming up with innovative technology to change our lives.
Shark Tank
By Sharky, Computerworld (US)
Manager pages pilot fish before he even gets to his desk: Theres an important
meeting in the conference room, and the PC there isnt working. As fish
arrives, manager jumps up, keyboard in hand, punching the Enter key to show
that the screen isnt responding. Fish sees the keyboards dangling cable and
painfully aware of the roomful of bigwigs present tries to quietly point out
that the keyboard works better when plugged in to the machine. Managers loud
response: "I disconnected it to plug in my thumb drive, but that shouldnt
matter because the keyboard is USB, and the PC should always know how to run
it. The u stands for universal!" This big hospital keeps updated copies of
electronic patient records on a "downtime PC" at each nursing station, in case
theres a network problem. But one nursing manager tells this IT pilot fish
that her downtime PC isnt getting the records. Fish tracks down the designated
PC, and all patient reports are present and updated but the alert-orange
"Downtime PC" sticker is missing. "Thats not our downtime PC," manager tells
fish. "Its over there." She points across the nursing unit. Did IT relocate
the workstation? fish asks. "No," manager replies. "We just moved the orange
sticker."
Pilot fish wants to demo some software for co-workers at two locations, and she
knows just how to do it: having them share her workstation screen using
remote-control software. "For hours, I tried to figure out how to have eight of
us remote into my machine while on a conference call with me," says fish. "I
drove all my co-workers crazy with all my interruptions. And when I couldnt
get it to work, I harassed help desk staffers, asking them to make it work.
Then a non-IT staffer asked me, How about using the teleconference room and
sharing your screen with both locations? OK, I felt pretty stupid."
Know your storage security...
fundamental gap základní mezera
brief checklist stručný seznam
role-based functions funkce na úrovni rolí
in-band vnitropásmový
audit trails revizní záznamy
zoning zónování
security holes bezpečnostní mezery
Google-YouTube partnership
of value hodnotný
venture riziko, spekulativní disintermediation převedení úspor
mortar malta
squander rozházet
come to a head dospět do kritického stadia, vyvrcholit
copycat napodobitel Shark Tank
roomful plný pokoj
bigwig pohlavár, velké zvíře
downtime doba nečinnosti, prostoj
sticker nálepka, štítek
harass obtěžovat 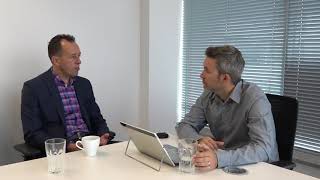