Protect your job from offshoring

As more and more IT functions are moved "offshore" to developing countries, there are still ways for IT workers in developed c...

As more and more IT functions are moved "offshore" to developing countries,
there are still ways for IT workers in developed countries to improve their
chances of staying employed, according to a report from the Association for
Computing Machinery (ACM).
Savvy students and IT workers already know they should obtain a strong
foundational education, learn the technologies used in the industry and keep
those skills up to date throughout their career if they want to keep their jobs.
But as an increasing number of IT functions from call center operations to
fundamental research are moved offshore, workers in developed countries need to
adopt other strategies if they want to remain employed in the long term,
according to the ACM, an international association of scientists, academics and
other professionals involved in advancing IT.
Developing good teamwork and communication skills, becoming familiar with other
cultures, and choosing work in industries and occupations less likely to be
automated or sent to a low-wage country are all essential in the long run, the
ACMs Job Migration Task Force said this week in a new report entitled
"Globalization and Offshoring of Software."
One surprising conclusion of the report is that its not just lower-skilled
jobs that are moving offshore: high-level research is also moving to India and
China, as improvements in graduate education systems in those countries
increase the number of qualified researchers.
Offshoring may affect between 12 million and 14 million jobs in the U.S., with
annual losses totalling between 200,000 and 300,000.
Estimates put the number of U.S. companies offshoring work at around 20
percent, while the figure is just 5 percent for European businesses.

The Australian enterprise is slowly waking up to the potential of branded blogs
as a source for product research and development. A number of companies are
assessing whether a branded blog would boost product discussion among their
customers and give them more realistic feedback than a research and development
laboratory.
But IT managers voice concerns that such a site could be the first point of
call for a competitor to skew information and that such a blog could fail to
glean relevant information on consumer buying trends. Andres Liepinieks, IT
manager for Aussie clothing company Driza-Bone, is concerned about the level of
resources required for a blog, because staff would need to analyze the data.
"We use guarantee or warranty cards for customer feedback; the nature of blogs
makes them a little bloated for effective customer feedback," Liepinieks said.
Louis Datoy, Australian IT manager for sunglasses maker Bolle, said the IT
department has been pitching the benefits of a customer-oriented blog to other
business units for the past three years. "But I recognize there is both a need
and a risk in offering such a feedback platform," he said. "We dont know all
the applications of our product so a blog could give us real-life examples of
the environments in which our sunglasses are used, which is ideal for research
and development. With no fewer than 80,000 new weblogs being launched every
day, Tim Macdermid, the managing director of predictive analytics provider
SPSS, said businesses are missing out on valuable customer insights if they
dont incorporate operational blogs into their market research activity.
"Organizations spend millions of dollars a year on market research, but could
get more value from monitoring blogs and online communities.


Security holiday is over for Mac users
Jaikumar Vijayan, Computerworld

The flurry of security issues involving Apples Mac OS X over the past few days
once again hammers home the fact that no technology platform is invulnerable to
attacks, whatever the perception might otherwise be.
All it takes is a certain level of interest on the part of hackers and security
researchers to increase the threats associated with any platform. "All software
has bugs, and a certain percentage of those bugs will be security
vulnerabilties," said Ira Winkler, an independent security analyst and author
of the book Spies Among Us. Collectively, four separate pieces of malware
targeting Mac OS X have emerged since Feb. 13. The first one, known as Leap.A,
was not fully functional and was limited in scope and impact, said Ken Dunham,
director of the rapid response team at iDefense, a Versign Inc. company based
in Reston, Va. The second family of Mac OS X malware consisted of a similarly
low-risk, proof-of-concept code, named Inqtana, and two variants that attempted
to spread over a Bluetooth vulnerability. The last major Macintosh threat was
the Autostart worm in 1998. When it comes to vulnerabilities in its software,
Apple has had its share. Over the past two years, for instance, Apple has
issued about 58 advisories relating to vulnerabilities in its software,
compared to 127 for Windows XP. Currently there are more than 150,000 known
attacks against Windows vulnerabilities compared to less than 100 on the
Macintosh side. The threats faced by Windows users is much higher than that
faced by Mac users. "Im not going to say Macintosh is as inherently buggy as
Windows was about five years ago," Winkler said. "But the holiday is over." 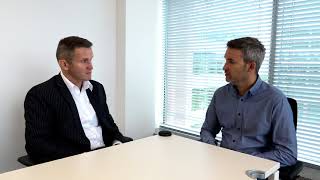