The Czech telecommunications market in 1998: mobile phones and growing competition

Looking back on the Czech telecommunications market in 1998, there is no doubt that mobile telephony was the sector with the f...

Looking back on the Czech telecommunications market in 1998, there is no doubt
that mobile telephony was the sector with the fastest development. Statistics
show it clearly: 434,000 new mobiles were activated during the year (this
number is 25 thousand lower than the number of newly connected fixed lines) so
that almost one million mobiles were in use in the Czech Republic by the end of
the year.
Compared with 1997, this shows a growth of 82 %. This growth was a little
faster than the growth of the global mobile market. Total penetration of 10 %
was reached during the year. A huge growth in pre-paid services (Paegas Twist
and EuroTel Go), involving almost two thirds of new activations, is also
noteworthy. 1998 was the first year in which both GSM operators reached profit.
RadioMobil strengthened its position in the market, with its market share
growing from 32 % at the beginning of the year to 38 % at the end. In
terms of the number of newly activated custo-mers, EuroTel was more successful,
but the difference was not as big as in the previous year. EuroTel gained
234,000 new clients (Radio Mobil gained about 200,000) so that it had about
590,000 clients connected at the end of the year. The highly competitive
situation brought the
call prices of the two companies closer together. It also resulted in a huge
broadening of the services offered to GSM operators clients. This
technological competition and the efforts made to persuade customers about the
high quality of services resulted in Radiomobil winning a global award for the
most innovative GSM operator. This award is not only an achievement for
RadioMobil, but is also a measure of the level of services which are delivered
on the Czech market, underlining the importance of open competition.
New Technologies
The introduction of technologies such as SIM Toolkit and IP telephony is unique
in the world and is important in terms of the global telecommunications market.
At the same time the local market shows unprecedented use of some services the
growth of short messaging (SMS) in RadioMobil by 112 percent net in half a year
is a good example. However, new technologies require an environment which is
ready for them. They need customers with sufficient technical and financial
resources to be able to use them. Last year was also a year of huge investment
and new credits of the order of hundreds of million of USD for both GSM
operators.
Fixed lines
On the other hand, the dynamic of growth of fixed lines users decreased. SPT
Telecom connected 429,000 new stations exactly the same number as in 1997. And
a decrease can be expected for this year. SPT had 141,000 new applicants at the
beginning of the year, so that even if all this demand was met, the total
number would not pass one third of last years figure. It seems that, at
todays level of 36 fixed lines per 100 people, the market is near to its
saturation point.
This means that liberalisation will bring about a very hard fight for
customers. SPT Telecom has prepared for this mainly by raising its efficiency
(it rose from 143 to 171 phones per employee during 1998), broadening its
portfolio of services (for example CzechMATE, TelecomBox and broadening
EuroISDN) and making a huge investment in its infrastructure especially in
terms of digitalisation and growing use of optical lines. In addition the
competition in prices has already started. The last price move by SPT Telecom
helped mobile phones to became a viable alternative to fixed lines.
In evaluating this development we should not think about growth in fixed lines
and mobiles independently. A trend can be seen here which has been forecast all
over the world the trend towards an acceleration in the growth of mobile
telephony and at the same time the technological and marketing convergence of
fixed and mobile networks. Looking at the overall figures for last year, we see
that one half of all newcomers are users of mobiles.
Competitors are not sleeping
SPT is not sleeping, neither are its competitors. Aliatel continued with a
massive advertising campaign, joined forces with a strong Western investor (RWE
Telliance) and carried on building the infrastructure. It had connected 14
cities by optic cables by the end of last year and plans to connect another 40
cities before the end of the year 2000. SPT Telecom was already affected by
this competitor in Frame Relay. Aliatel delivers solely data services at the
moment, but has stated that it is also prepared for voice service as soon as it
is permitted by law. Another competing project is also more concrete now. This
project is being undertaken by České radiokomunikace together with its minor
owner TeleDanmark.
The local phone operators have also started work in places where it is
permitted by the goverment. Telecom 21 started in Votice in June, followed by
FactCom (both from the RANN Int. Corp. Group). Dattel started in Prague and
other operators are ready to begin.. As expected, their prices are competitive
with SPT Telecom.
As for the Internet, a huge growth in the number of providers and connections
was seen in 1998. It was good to see the Atlas of the Czech Internet with a
thickening map of local connections. The two defining events for the Internet
in 1998 were boycott and IP telephony. The first of them was about big words
without any results and the second mainly about naivity. Paegas started a
competition, which will finish this year, to converge communication and
Internet technology. The winner of this competition will have a big advantage
for several years to come.
9 1393 / darn 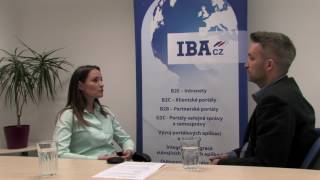