The group of organizers responsible for the organization of the companies\ competition for the award of being included into th...

The group of organizers responsible for the organization of the companies
competition for the award of being included into the list of TOP 10 System
Integrators has closed the nomination process for the year 2000. The interest
to be included in the list has been indicated by more than thirty companies
this year. The list of winners will be created by including in it the companies
that are being perceived as those enjoying the most successful position on the
Czech market. The selection of the top ten companies and their respective
positions in the list will be decided by a panel of experts from within the
organizing group by casting a secret ballot.
The Organizing Group
The event is organized by the Czech representatives from within the ISACA,
ČSSI, CACIO and the Czech Association for Project Management. The executive
management of the event rests in the hands of the CS-COMPEX Company. The
ceremony of declaring the results and handing over the respective awards will
take place under the auspices of BVV during the INVEX fair this fall. The media
partner of the competition for the TOP 10 System Integrators for the year 2000
is the IDG Czech Corporation. Any questions and queries about the event should
be forwarded to the Top10@HotTop.cz address. The more detailed information
about the TOP 10 System Integrators race for year 2000 can be found at
http://Top10. HotTop.cz.
The Nomination Process
The novelty of this years event has been the open process of the nomination of
individual companies. The system integrators recommended by the above panel of
experts were requested to fill in the application forms for being included into
the race that were placed onto the Web page called TOP 10. Because there was no
limit set for the number of companies to take part this year, some other
companies that just filled in the application form were also included into the
race.
The application form comprised, among other things, a compulsory questionnaire
to be returned. The companies were asked to offer the information on at least
two successful projects of System Integration they have implemented last year.
It is very interesting to note the various reasons given, explaining why the
respective customers considered the respective projects to be successful.
The Ballot
The voting that will select the TOP 10 System Integrator Companies will take
place during June and it will continue until mid July. The ballot will be
individually cast by the members of the following organizations:
lISACA Czech Republic Chapter
lCzech Association for System Integration
lCACIO
lCzech Association for Project Management
lParticipants of the Conference on System Integration
The list of the voters will be made public on the WWW pages of the TOP 10
event. The ballot will be secret. The overall results will be made public on
the August 1 2000 in the form of a simple list of ten system integrators
without indicating anything relative to the respective individual positions of
the companies included in the list. The System Integrator for the year 2000
will become known only after the ceremonial event that is to take place during
the INVEX 2000 fair.
The Special Brochure on the TOP 10 System Integrators
The treatment of the task of System Integration as it is understood by the top
ten individual companies will be presented in a separate brochure published
jointly by the events organizer CS-COMPEX and IDG Czech Corporation. The
brochure will comprise the views of the topic written by the winning companies
themselves and talking largely about themselves. The brochure will also contain
the analysis of the results of this years event. The report will be prepared
by the analytical group directed by the expert guarantor of the competition. 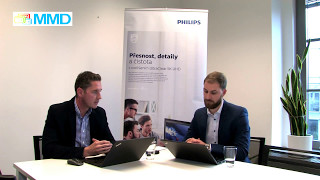