Tales of heroic hacks and inspired work-arounds By Neil McAllister, InfoWorld (US) What does it mean to be a hacker? The mains...

Tales of heroic hacks and inspired work-arounds
By Neil McAllister, InfoWorld (US)
What does it mean to be a hacker? The mainstream media has long used the term
as a kind of pejorative, calling to mind images of pale, skinny misanthropes
launching denial-of-service attacks from their parents basements. Real hackers
know better.
To a real hacker, theres nothing quite as satisfying as the execution of a
really great hack. Was it the ideal solution? Was it the most elegant? Did it
implement best practices? Maybe not. But a great hack can be so much more than
that. A good hack is the computing equivalent of duct tape and a penknife. It
may not be pretty, but it gets the job done on time, and with the budget and
materials at hand. A truly great hack, on the other hand, is like magic.
Most of us have been responsible for at least a few really good hacks on our
PCs. Maybe weve written scripts that allow us to extract information from a
file that our apps just didnt seem to want us to get at, or maybe weve
managed to schedule complex tasks that would have taken us six hands to
accomplish on our own.
But while hacks may be fine for the desktop, what about on the enterprise
scale? Do seasoned IT professionals really rely on something as barbaric as a
hack when the chips are down and business objectives are on the line? Here at
InfoWorld, we say yes! Wherever there are determined, knowledgeable IT staffers
at work, youll find hacks. And we aim to prove it.
Submitted for your perusal, then, is this collection of tales ()from the front
lines of IT. In each case, there was a job to do. And in each case the problem
was solved, not with the latest shiny-new out-of-box solution from an
enterprise vendor, but with something far more mundane and yet infinitely more
rewarding. Read on, then, for tales of first-rate enterprise hacks.Shark Tank:
Ah, productivity!
By Sharky, Computerworld (US online)
This pilot fish is graphics director for an architecture and engineering
company. No surprise, then, when she gets a request to redesign the form for
the "letter of transmittal" thats sent with plans, reports and documents to
clients and other recipients. But this one is different. "A senior project
manager asked me to redesign the letter of transmittal form, and to make it an
interactive PDF so the information could all be filled out on screen," fish
says. "Doing so would speed production while keeping him from having to read
someones poor handwriting." Fish creates the form and sends it to the project
manager as a PDF to review. All hell have to do is open the file, mark it up
on-screen with any changes and then send it back to fish. In fact, its pretty
much the same workflow process as the new letter of transmittal form will use.
"A few hours later, I received the PDF back, but not as part of the workflow we
had discussed," says fish. "When I asked him why he didnt just do the
commenting on screen, he replied, I have no idea how to use Adobe Acrobat, so
I figured out a much more productive way to get the job done. "What he did was
this: Sent the document to his admin. She then printed it out and put it in his
in-box. When he finally got to it, he made the comments on it barely legible
and put it back in his admins mailbox. When she got to it she scanned it as a
PDF and sent it back to me. "Im glad I dont do much work for him."
The operations albatross
reasoning argumentace
ledger účetní kniha
overwhelming ohromný, drtivý
backlog nahromadění objednávek
dent zářez, průlom
ebb klesat
ratio podíl, koeficient, poměr
Tales of heroic hacks and inspired...
pale bledý, pobledlý basement suterén, sklepení
task úkol, úloha
scale měřítko, stupnice
perusal pročtení
mundane světský, pozemský infinitely nekonečně
Shark Tank: Ah, productivity!
transmittal letter příkaz k převodu
fill out vyplnit
mark označit
barely sotva, stěží
legible čitelný 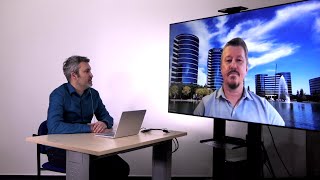